SecondNatur: Hello Anthony, can you describe your background? Why did you choose to become a florist?
Anthony Denis
: Well, first of all, I have been a florist for 15 years! When I was a child I wanted to do a lot of things but I didn’t know which direction to take. It was one evening when I was 13, during a walk with my mother, that we started talking about the florist profession. During our walks I was always picking dandelion bouquets and she simply said to me “why don’t you try being a florist”… the idea took root and 15 years later I am still a florist but in Paris. 😊

I did my 4 years of apprenticeship in Champagne-Ardenne in my native region, I was lucky enough to do a few competitions as an apprentice with teachers and apprenticeship masters who always knew how to push me and support me! When I was 20, I moved to the region of Paris, because I wanted to evolve and see as many things as possible! I had the chance to work in some beautiful Parisian shops, for a Meilleur Ouvrier de France, for a Parisian Atelier and I even worked in a self-service shop! At first this experience was a failure for me, I didn’t have this idea of working one day in a self-service store, but in the end it opened me up to many other things, and it was at this precise moment that I started my creations (barbie, cornet, bow ties, etc). In the end, with hindsight, every experience is positive!

I have the feeling that I have had the chance to see and do many things, which gives me more confidence in my work and reassures me for the future.

Today, I am in charge of a workshop that I manage independently with an exclusively professional clientele (hotels, offices, events, etc.). I am also a trainer for the Formagreen training centre, and I have my own micro-business which allows me to organise events in my name when necessary (such as the recent press day for the Pierre-Hermé pastry chef).

SN: Can you tell us about your work, your creations?
AD : When it comes to creation, there is no mystery, everything comes from an exhibition, an evening, a meeting, a film… from life in general. In 2014 I wanted to make myself a bow tie for the Saint Valentine and I have, that day, many customers who asked me where they could find it! I was stunned, I didn’t expect such a craze! I kept the idea and refined it to make the ones we know today.

For the Barbies, I simply went to see the exhibition dedicated to this world-famous doll, which I had the idea of dressing in flowers! The great fashion designers had done it! I said to myself: “Why not in flowers!”

In fact! I like to divert the flower and have fun with it: I like to discover the flower where you don’t expect it, to play with colours, codes, urges! I’ve often been told: “Anthony, you don’t post enough on the social networks…” but I think that we already see a lot of flowers and bouquets. I’m not really interested in doing things that we already see a lot of. I like the surprise and the astonishment, that people ask themselves: “But how did he do that?” I like that!

For the last few photoshoots, it was a project with my two photographer friends: we wanted to highlight a personality in a flowery setting! I was only inspired by what the model, the person, gave off. What she represented and what I imagined her to be like according to her clothing style, hair colour, Instagram feed, etc.

SN : Can you describe your main tasks as an art director in your company?
AD : So I don’t have a business where I do this every day, but my main mission would be to surprise, divert, make people dream. To simply have a reaction in front of a photo: whether it’s positive or negative, it doesn’t matter. But above all, that I take pleasure in doing it.

SN : On your social networks, we can see that you have been working on stabilized plant headdresses, can you tell us a bit more about that?
AD :Well, these headdresses were a project with a photographer: he had a competition and had to make 4 photos, with a link. As I love flowers, it was only natural that he suggested I do the 4 seasons of the year in headdresses.

SN : What do you like about working with stabilized plants?
AD : Longevity, of course. This is already a big point for customers who want a creation that lasts for a long time! Especially since today there is a wide range of flowers and colours to choose from, so you can do a lot of things! Especially in my work, where I often use petals, it is quite easy to find what you are looking for in stabilized

In addition, unlike dried or artificial flowers, we keep a natural aspect, whether it is to the touch or visually.

SN : What are your favourite flowers or plants?
AD : I love the Dahlia, for its bright colours! Graminae, all berries in general. Asparagus plumosus for its lightness, delphinium for its royal side and its deep colours. And of course many others, there is so much choice! It’s never-ending..

SN : How important is the ecological aspect in your work?
AD :This is a subject that is coming up more and more! What to do with the flowers used on a photoshooting? Usually we take the flowers from a shoot to make bouquets and give them to the neighbourhood, the model or the studio hosting us.

We are lucky enough to have a sector at Rungis market dedicated to flowers (flowers produced in Ile-de-France). These are producers who are always being swiped! Because we are becoming more and more careful about what we buy. I think that the Dutch producers are trying to find solutions to limit the environmental damage linked to our activity, but I think that this sector is not yet sufficiently involved in this subject. At least, they don’t communicate about it.

I have customers, especially for Christmas, who ask me for a lot of CSR trees, and more and more! But our suppliers are not yet at this level. As a result, there is a gap between customer demand and what we can find on the market.

From an ecological point of view, I don’t know the process for making a stabilized rose, for example. But obviously, it’s a step in the right direction because we avoid over-consumption.

SN : You recently organised the decor for Pierre Hermé’s press day, can you tell us more about this project?
AD : It’s a crazy project! It was thanks to the photoshoot we did for Léna Situation that Pierre Hermé’s set design team contacted me! When I received their email at the end of June, I was literally stunned, but also so excited. It was a consecration for me, a recognition of the work and sacrifices I have made during my professional career!

We met so that they could tell me about their project. I then spent two months refining and exchanging with them on the style they wanted, the flowers chosen, etc. At the end of August, I made a 1m² decoration with the selected flowers in order to confirm the choice and to reassure everyone, them and me.

September 16 was the big day! I’ve already had the chance to make large decorations, including a 50m² wall of flowers, but this time it was in my own name for Pierre-Hermé, and everything went perfectly! We had exchanged so much with Pierre-Hermé’s team that everything was perfect, no problem on the day of the installation, not a single flower was missing! It was a MAGNIFICENT project! The whole Pierre-Hermé team was very happy! I have since had the chance to work with them again: another small decor, flowers for a reception at the Eiffel Tower, creation of their window decorations, etc.

Beyond the incredible luck of having worked for this famous pastry chef, I have above all met wonderful people with whom, professionally and artistically, we get along and understand each other perfectly. And that is priceless! I hope that other projects will come. 🙂

SN : What are your favourite collaborations? What did they bring you?
AD : First of all, the collaboration with my two photographer friends. All these photos with the models allowed me, without realizing it, to gain confidence in myself and in my work! All these shoots led us to have the chance to shoot Lena Situation, and it is thanks to her Instagram post that the Pierre-Hermé team contacted me! It’s as if everything was written and it’s wonderful!

Obviously this collaboration with Pierre-Hermé is my best experience to date from a human and professional standpoint.

SN : What is the Formagreen formation that you are the instructor of?
AD : For several years now, I have been a Formagreen trainer. Several times a year, I go to different wholesalers all over France to give, during the space of two days, a training to experienced florists on predefined programs (Christmas, wedding, bouquets, stabilized, mourning, etc).

These training courses are not there to teach someone to become a florist, but to reinforce the florists’ knowledge, teach them new techniques and help them find new ideas for their shops!

But above all it is a time for sharing! Each trainee shares their feelings about the job, their experiences, the products they sell well and others not so well, etc. It really gives ideas and we come up with new approaches.

The decoration shops, the vases, the containers, the colours too! The colours, especially today, when we have more and more dyed flowers! It’s something I really like, I think we’re embracing dyed things a lot more now and we’re going for it! You have to know how to use it wisely, you can’t, in my opinion, make a bouquet only of dyed flowers with different colours. But to add a little note with a dyed lisianthus in a bouquet where there is nothing else dyed and well that gives immediately the tone and brings a lot of cachet to the whole! The dyed shades are beautiful! Recently I bought some “Hologram” Anthuriums that were iridescent. It was very artistic, a real beauty!

Cinema and fashion inspire me a lot too, as well as music! Lana Del Rey is a little bit my Muse when I’m in the creative process (Ahah).

SN : Do you have any future plans? Any last little secret before we part ways?
AD : I’m going to disappoint you, but I don’t have any big projects coming up yet! However, I have recently been lucky enough to be chosen to represent Penja & Rosedor. I will be making and posting creations mixing Penja’s exotic products with Rosedor’s French production in order to, hopefully, inspire other florists to dare to mix exotic and more traditional flowers.

I will also be visiting different Rosedor cashpoints once a month to give a demonstration. 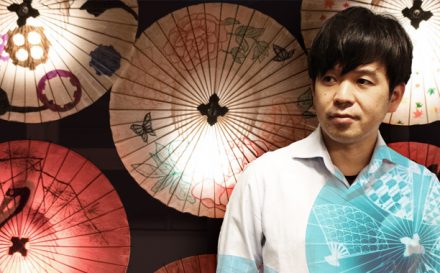 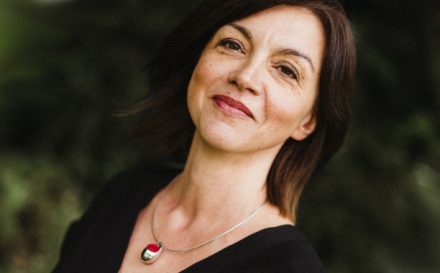 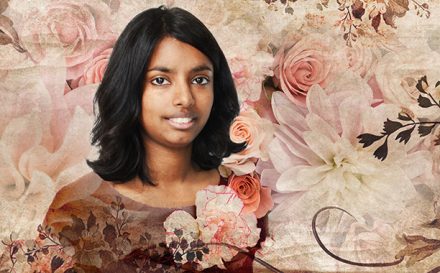 SecondNatur.com is a webzine dedicated to preserved flowers and plants. A new way to think vegetal, how to use it and sell it : a natural, durable and ecological vegetal.